Los Angeles is the origin of the motion picture industry, and we still almost universally associate the city’s name with Hollywood and its famous residents. The locals here are at home with a city full of innumerable superstars and don’t even flinch when they glimpse one. However, some tourists naturally go crazy upon stumbling into someone famous. Tourists looking for the whole Hollywood experience sometimes focus their visits on the best places to spot celebrities in Los Angeles. Celebrities frequently get away with wearing something casual and hiding behind giant sunglasses since many tourists only know them from the screen and red carpet. They share many of our interests, such as going to the store and picking out their own food, taking long walks, going to the movies, and eating dinner in the fresh air. So you might not be so far away from a celebrity-style vacation yourself! Here are some of the best places to spot celebs in LA.

If you schedule your trip to Los Angeles just right, you could see your favorite actors and actresses as they walk the red carpet at a premiere. Many of Hollywood’s most critically acclaimed films had their world premieres at this same theater. In 1927, the world-renowned theatre opened with the name Grauman’s Chinese Theatre. And surrounding it is the famous floor with hand and foot imprints of many Hollywood celebrities.

Carbon is the actual name for this Malibu beach, but locals and tourists alike know it better by the catchier “Billionaire’s Beach.” This is due to the fact that many wealthy businesspeople and famous actors have extravagant homes along this shore. This view often inspires people to make a long distance move to LA. And in order to reach the city stress-free, it’s recommended to hire a team of professional movers to ensure a celebrity-like treatment! After you arrive, take a stroll down the shore, and you will spot celebs in no time!

Visit Brentwood Farmers Market if you want to see celebrities in their “natural environment,” dressed and acting like any other shoppers. Famous people in the area often go to the farmers’ market on Sundays to stock up on healthy snacks.

Tourists who take a seat, purchase some coffee or ice cream, and wait patiently may get a glimpse of a famous face or two. But it won’t be simple; people often disguise themselves by coming in dark clothing or wearing sunglasses. However, Brentwood is undoubtedly among the best places to spot celebrities in Los Angeles. Although there are several iconic patios in Los Angeles, the patio of the Chateau Marmont is among the most well-known. It has the air of a movie set and is usually full of individuals who never remove their sunglasses. Truly, the most popular celebs hang out here, and the cuisine is better than you can imagine! Don’t even think of trying to sneak in and take a picture with a famous person, though! You’ll be kicked out in a split second!

When the red carpet is rolled out for the Academy Awards in February, fans fill the bleachers to view their favorite celebrities dressed for the occasion. Then, no other place in the world is more star-studded. For $25, people can take a unique behind-the-scenes tour of the Kodak Theatre, where the American Idol series was recorded and where the Victoria’s Secret Fashion Show used to be held.

Runyon Canyon is a great place to get some exercise and see local culture by hiking on one of the many paths in the park. A large number of famous people reside in the area, so even if you don’t manage to meet any of them, at least you may see their homes. Although Griffith Park is more widely known for its beauty, the location of Runyon Canyon is considerably more convenient and gives breathtaking views of the city.

Channing Tatum, Ashley Tisdale, Natalie Portman, Vanessa Hudgens, and numerous more have all been photographed lounging in the sun here. Even so, keep your eyes peeled. When not on TV, superstars blend in with the crowd and go undetected because they appear like everyone else.

When you realize that half of the videos on TMZ are of famous people shortly after landing at LAX, you start to take a closer look at everyone you come across. Notably at the airport’s luggage claim. If you’re looking for the best places to spot celebrities, you should probably spend some time at LAX, especially since that’s where even TMZ says to go! You might spot a famous businessperson on their way back from a convention or a famous actress flying in to film a movie. Who knows? Keep your eyes peeled at LAX!

The Ivy in West Hollywood is just as well-liked by A-listers as its London namesake. It was even included in John Travolta’s Golden Globe-winning film Get Shorty. Celebrities like George Clooney and Jennifer Aniston eat the traditional California fare as the paparazzi try to snap pictures of them through the renowned white picket fence that surrounds the restaurant. Even though A-listers frequent this place, you’ll feel at ease among the flowered tablecloths and fluffy pillows.

We hope our guide has introduced you to some of the best places to spot celebrities in Los Angeles. One of the best things about visiting Los Angeles is the chance to see famous people. Celebrities in Los Angeles are used to having their every move scrutinized because they are always under the public eye. So if you don’t want to stick out like a sore thumb, we recommend seeing the stars where they hang out, which is a combination of tourist spots and local hangouts. But LA has much else to offer besides celebrities. So make sure to explore this wonderful city! 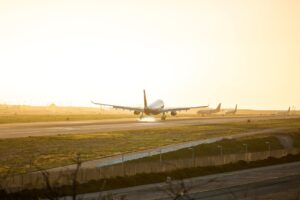